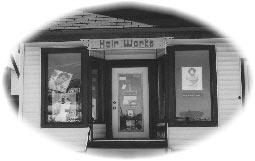 In October of 1975, God placed in the hearts

While the church was still meeting in rented facilities,

God moved Mr. Kriss to donate the original 3+ acre parcel to the church in 1979. By God’s grace, the church was later also able to purchase the adjoining 18 acre parcel from Mr. Kriss.

The church began to make preparations

to build their first building. The original building, built in 1979-80, was a 30’ x 60’ building. This building included an auditorium, a few classrooms, bathrooms, and a small kitchen. In 1991, the church was led by God to build again. The new facility was a 40’x 90’ building that included a new auditorium upstairs, and a large fellowship hall downstairs. This building was connected to the old facility. The project was built by our men at a cost of approximately $120,000. 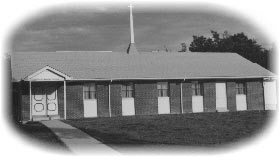 Once the new building was completed, the original auditorium was divided into more Sunday school rooms, bathrooms, and offices.

for the church along Green Street. This is the area where we now park our busses. In 2002, we were able to pave our gravel parking lot, and in 2003, we were able to expand our parking lot into the land purchased by Bro. Claude Kern. Over past several years, we have been able the upgrade the

current facility by dividing the fellowship hall into classrooms. We have also been able to add new carpet throughout the building, build new nurseries, add a new roof, and expand the ladies’ restroom. A large list of new ministries have been started, and attendance has increased to the point that for the first time, we are averaging over 300 each week.

In 2008 we began to undertake our largest building project yet.

Construction began on a new wing that will double the square footage of our facility. It will contain a gymnasium, more classrooms, a kitchen, and church offices. The official Grand Opening is set for September of 2009. This new building will be a tremendous tool in reaching people for Christ. Future plans are in place to expand the auditorium as attendance continues

to increase. We welcome you to come be a part of the excitement at Lighthouse Baptist Church, and let's see what God can do through us together. 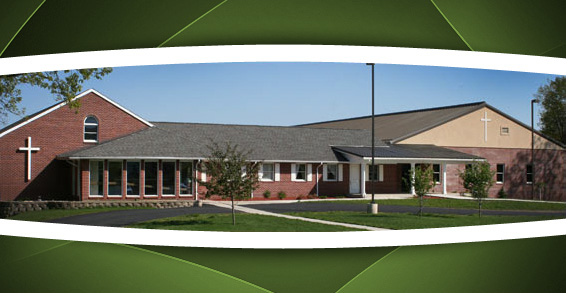 For current events and pictures, visit